Contrast is measured in f stops or EV units. The human eye can see about 14 to 20 “stops.” Most digital cameras can see between 11 and 15 stops on the sensor but the LCD screen on most cameras can handle about 9 stops. The number of stops that a sensor can record is called dynamic range.

Images that “fit” into the low dynamic range are considered low contrast these images typically have around 5 or fewer stops between the lightest and darkest parts of the scene. Typically, these images appear “flat.”

This image was captured at the Summer Palace near Beijing, China in December 2018. The morning was foggy as is typical for the region and time of year. The scene was very low contrast which contributed to a more mystical or mysterious image.

Images that record most or all of the usable dynamic range of a sensor are considered full contract. These images have more than 10 but usually fewer than 15 stops between brightest high-light and deepest shadow. 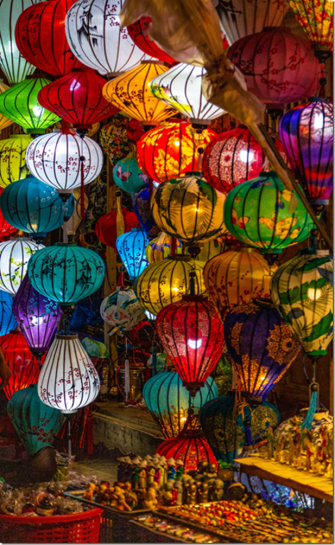 Here the tonal range is about 12 stops, there is a little highlight blowout and a tiny bit of black clipping, but they don’t detract from the composition.

Where we struggle to capture an acceptable image is in high contrast situations where we have more than 11 to 15 stops depending on the camera and sensor. Capturing a single source image of a high contrast scene usually results in blown highlights and/or muddy shadows. The general rule is to expose for the highlights and try to lift the shadows in post-processing.

The alternative is to use HDR techniques to merge several source images into one balanced image. Here the tonal range is greater than the camera could see, even though it looked balanced to the eye. The whites are blown out to a disturbing extent and the shadows are a bit muddy. A three shot HDR brought the highlights and shadows back to a happier place.